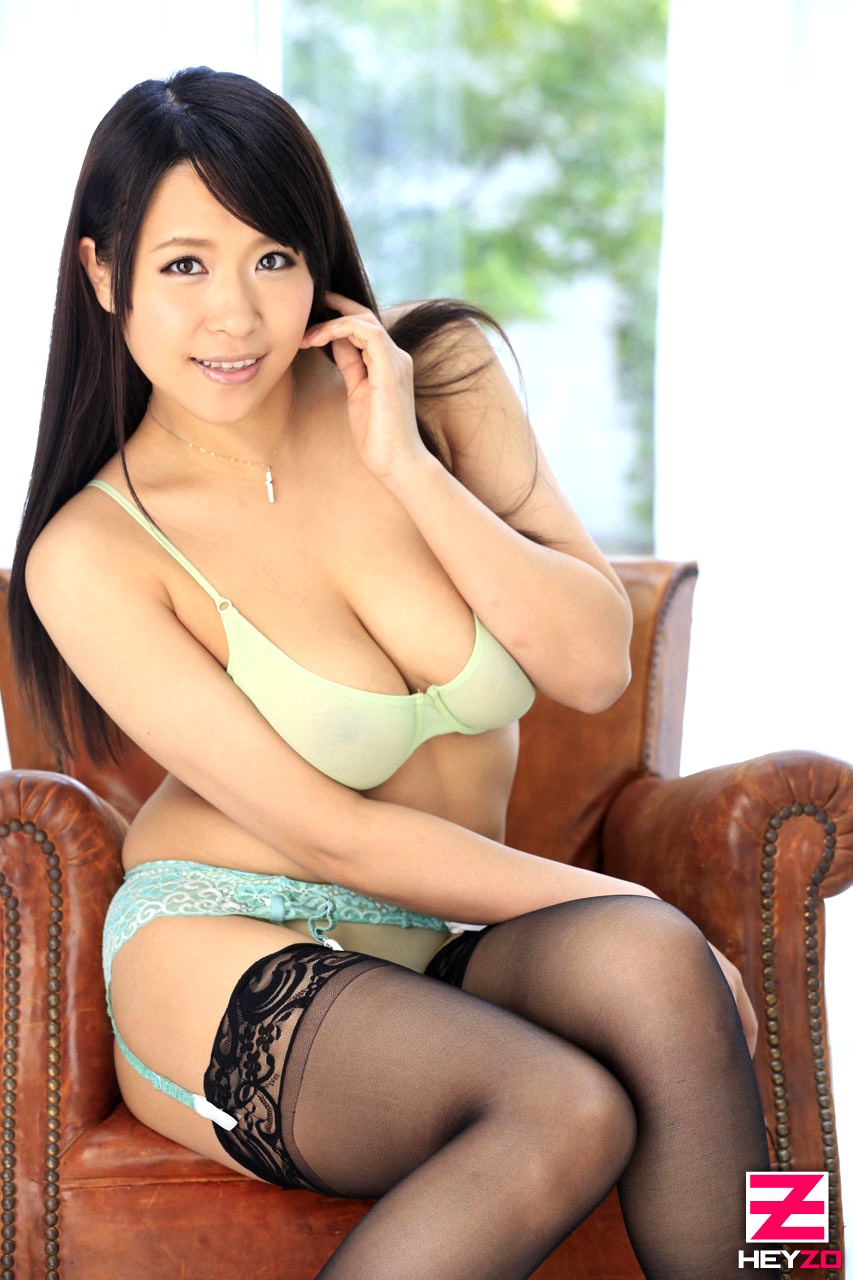 That one little moment improved my impression of Miya a thousand times. The BK bit of the guest reception was brief, but it was the closest I had come to the girls so far, and it brought me to tears once again.

As the second and third days of the convention commenced, that shift became more and more evident. The second installment of my Rankingu Revolution shall deal with the Berryz- my first and still favorite group of singing-dancing J-pop hamsters!

Sugaya Risako. Oooooooooooh C-ko, how I dislike thee! For all the standard reasons, of course; her hotter-than-thou persona, her refusal to sing like a civilized person, and her evident lack of effort when it comes to dancing.

Well, look at the difference in line distribution betwixt the two. See it? Now go listen to Yume de Do Wop Do up?

Doo Wop? Natsuyaki Miyabi. I love every single one of the non-Risako Berryz nearly equally. I love her new haircut.

Tokunaga Chinami. I absolutely adore her. What is with the Berryz looking like animals? Momoko is a strange monkeygirl, Miyabi is Seabiscuit, and Maiha was obviously descended from a long lineage of woodchucks.

OH GOD. Kumai Yurina. After all this time, I still love Yurina. But if I had to pick one Berryz member to call up when I was sad, it would be Yurina.

Just looking at pictures of her calms me down, and watching her perform always has me sitting there with this stupid happy smile on my face.

She exudes a sweet gentleness that always makes me glad to be around. Sudou Maasa. Before I say anything; Maasa is getting her first photobook!

Can I get a Hellz Yeah?! Whoever at UFA made that decision has my eternal love and respect. Then again, that same person might have had the idea to give Rii three or was it four now?

First photobooks in H! Maasa makes me laugh. I look at her, and I laugh. I can just feel that funny things are just around the corner.

Maa has a strong personality, which is good when compared with such gentle creatures as as Kumai or Miyabi. She stands out. Being the martial artist that I am, things like that matter to me.

ShimiSaki- O Kyaputen, my Kyaputen! So on days when I want to fangirl my brains out, I look up Captain. She just has this amazing ability to draw one into the performance and keep you there, just like Yossy was always able to do.

C-ute concert. She did amazing things there. All in all? I love the Berryz. The Berryz vs. Each video is about ten minutes long and contains songs.

Huzzah, the opening! And… one of my least favorite H! P kids songs so far, Darling I Love You. Special Generation is a great concert song.

The next song is Ookina Ai de Motenashite. It was around this point that the energy seems noticeably low. Member Introductions… pah.

Quick, someone get a bucket of water! A used towel! Airi and Maimi do fine with their vocals, as usual. Hey… why do C-ute get those cute, somewhat-matching, modern looking clothes while half of Berryz get plaid lumberjack shirts?

Standouts: Kanna and Chinami. Kanna, as stated, is solid not just in this clip but throughout the concert. I love this song!

I love Munasawagi Scarlett, but not live. They need to practically spit out the words. So all is well in my little Berryz kingdom….

But I do like the way that the crowd can easily interact with the girls in this song. Check out how simple a dance the chorus has, and how easy it is for the glowsticks to dance along.

Maimi is fantastic here, all smiles and sparkles and… Maimi. Dschinghis Khan is a Chinami song. No two ways about it.

As for the vocals, well… Risako sounds like crap, Miya sounded really nice, and Momo sounds like a helium creature.

But one with good tone and control. I really like Tokaikko Junjou live, and this was a great performance. Airi in particular had great vocals and her performance level has noticeably improved from the start of the concert.

She did really well with that chest-popping move right after the bridge. HOMG Risako makes the oddest, most awkward smile after her first line.

It almost made me forgive her for sucking so much throughout the rest of the concert and for looking so awful in that shirt.

This is also the first performance that inspired the title of this post. I love her dancing during the instrumental break. Risako, please.

Please, just stop hurting my ears like this. Your performance here was sad, really. Thank you for trying to save this song from your friend.

You almost did it. I was right about you sounding good singing this song. I was putting a lot of faith in the Bokura no Kagayaki performance. Even though all she does is provide the sound effects, Captain is so cool and sexy throughout this performance of Sayonara Hageshiki Koi that she just owns the whole song, for me.

This may, in fact, be my favorite performance of the whole concert. Maimi was also rather nice here, as was Miya.

That would explain Saki N. Standouts : Saki. I like how the wota get into the MC with the girls, and that makes this MC more fun.

The atmosphere of this song is just so friendly and laid-back. Well, more specifically, Erika is great. She proves herself to be a truly strong performer here.

I really love Buono! But somehow, the Eggs steal the show here. Ouch, Miya had some difficulty in the beginning. Shiny, black, panties.

But Airi has really nice le-… Oh, what, the performance?! Yeah, that was pretty good. Nothing great or spectacular, though.

The thing that really made this a good performance, however, was that the girls seem to take up with whole stage.

Either Saki. Both Sakis. It sort of became a Saki Dance solo, with Maimi singing in the background. My second favorite performance of the concert, for sure.

Massara Blue Jeans is such a fun song! Especially Maimi and Saki right now. Just… wow. My first reaction to this performance was that Jiriri Kiteru is a great song to perform with lots of people.

Songs like this make a concert completely worth going to. The girls themselves do the song justice. My favorite H! And right there confirming that opinion is Kanna, bundle of energy that she is.

Close behind her are Captain and Chinami. Captain is, I swear on my honor as a Yossy-fangirly, channeling the great Yoshizawa here.

If Captain started being a cool character within Berryz, I would be so happy. And Chinami, well, she always owns this song. This is just too precious.

The H! P kids playing superheroes! Everyone is so adorable. This whole MC is pure kitsch. I adore it, really. Maasa continuously cursing, Kanna and Maasa as the leaders, Airi being Airi….

In all, this is one of the finest H! Stand outs for the whole concert: In my mind, this concert was a great one for Captain especially.

But in the end, we all know what the REAL enemy here was:. This fact was due to my being buried under a pile of homework. Today I saw the setlist and, of course, not one of my predictions came true.

Some did come very close to coming true! I will get to hear a Tokunaga and Okai version of Bokura no Kagayaki! Thank you for allowing my inner geek to show through.

As for Risako… well…. Her looks and singing are hit-and-miss. She towers over everyone else. She has one of the most one-dimensional personalities in all of H!

Chinami is more entertaining, Momoko and Miyabi better singers. And I want to find out why. Going back in time to when I first got into Berryz and h!

Miyabi with the interesting features and the superior voice. Honestly, she was even above Yossy for a while in my h! If you looked at my browsing history a year or so ago, it was ALL Yurina.

And then, slowly… she slid. I do not like change, and this was a pretty big one. But the more I tried to bring back my old feelings for Yurina, the less I was able to care about her.

Her biggest disappointing factor for me is her personality, or lack thereof. When she was still young, it was was okay to have just be a permanent airhead.

Shino then confuses him as the guy who stole her mahjong set. After noticing Shino Shiratsuki doesn't have a bicycle, Kousuke Shiratsuki calls Syunto to order one.

When he says he doesn't have one, he buys her a new one. While thanking each other, Syunto thinks to himself that they are weird.

Syunto decides to accompany Kousuke Shiratsuki to the matches. When Syunto comes back with drinks, Kousuke tells him of how the vanguard match ended.

When Kanna Ishitobi passes by he says that she is Shino Shiratsuki 's friend but it's hard to say anything to her at the moment.

After arriving home from school, Shino finds her uncle and Syunto in the kitchen. She figures out that they are making ramen because that's the only thing he can do better than Shino.

They then begin eating the meal and Shino admits defeat. Syunto says that that is the first one he has one and was on a losing streak. They then watch television until Syunto decides to leave.

Syunto is running with Kousuke Shiratsuki saying they overslept and even took the wrong road to get to the tournament hall.